Sermon for the Feast of Blessed John Henry Newman 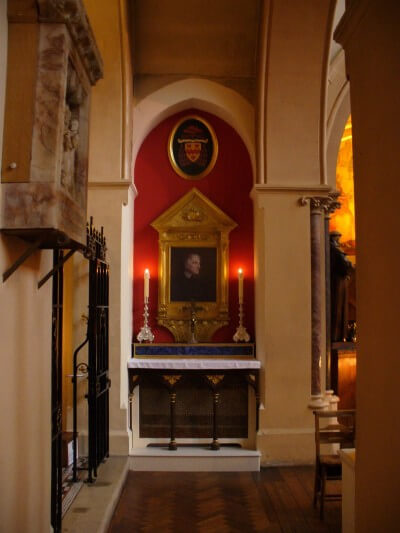 Fr Paul Keane, Vice-Rector of St Mary's College, Oscott, preached at the High Mass for the feast of our Cardinal, Blessed John Henry Newman, on Thursday. Here is what he said:

"I stand before you embarrassed because any qualifications of mine to preach on Newman’s Feast Day do not exist. First, I am not an Oxford man and Newman was so peculiarly Oxford. I was at the other place. But then did not Newman write in one of his many letters these words after one of his rare visits to Cambridge:

‘When I saw at the distance of four miles, on an extended plain, wider than the Oxford, amid thicker and greener groves, the Alma Mater Cantabrigiensis lying before me, I thought I should not be able to contain myself, and, in spite of my regret at her present defects and past history, and all that is wrong about her, I seemed about to cry out, ‘Floreat aeternum!’ I do really think the place finer than Oxford, though I suppose it isn’t, for everyone says so. I like the narrow streets; they have a character, and they make the University Buildings look larger by the contrast. I cannot believe that King’s College is not far grander than anything with us; the stone, too, is richer, and foliage more thick and encompassing. I found my way from the town to Trinity College, like Old Oedipus, without guide, by instinct: how, I know not. I never studied the plan of Cambridge.’

So wrote Newman and would any of us here be so rash as to disagree with him?

My other disqualification as a preacher on this feast is my lack of knowledge about our beatus. I have never made a formal study of him. All I have is a long nurtured affection. I was a pupil at the London Oratory School, where Newman’s prominent nose, through statuary and portraits, became a recognisable feature. And in the Sixth Form, I read his Apologia and the novel Loss and Gain. They taught me that faith is a real thing, involving both the heart and the intellect, and that the truth about the Church matters. And now, as Vice Rector at Oscott Seminary, the reminders of Newman are frequent. For Morning and Evening Prayer, I sit in the same place in the Chapel; it goes with my office. Opposite me is the pulpit in which Newman preached his famous Second Spring sermon. Once a month, I go with a group of seminarians to work in a parish in central Birmingham: St Anne’s, Digbeth. If you haven’t heard of it, well, it was founded by Newman after his ordination. The first thing he did. The parish continues strong today. Since I was a schoolboy, therefore, I have been unable to get away from the palpable fact that Bl. John Henry made a difference, and still does.

Then – not so long ago - I was allowed to enter Newman’s study. When he was made a cardinal, a space for an altar was created within the study because cardinals then had to have their own chapels. No more than a tall bookcase separates the altar from the rest of the room. As you would expect, a crucifix hangs on the wall above the altar and, as you would equally expect for Newman, an image of St Francis de Sales. But there are also many other pictures or photographs to the immediate right of the altar: not images of saints but of Newman’s friends; the ones he wished to remember in his prayers. For he maintained resolutely throughout his life this practice: interceding for others.

As an Anglican, at St Mary the Virgin, Bl. John Henry preached on intercessory prayer. Having discussed its scriptural foundations, he declared,
‘Such is the lesson taught us by the words and deeds of the Apostles and their brethren. Nor could it be otherwise, if Christianity be a social religion, as it is pre-eminently. If Christians are to live together, they will pray together; and united prayer is necessarily of an intercessory character, as being offered for each other and for the whole, and for self as one of the whole. In proportion, then, as unity is an especial Gospel-duty, so does Gospel-prayer partake of a social character; and Intercession becomes a token of the existence of the Catholic Church.’

Intercession – it’s what we Catholics do; others and we ourselves necessarily have a claim upon our prayers for they and we need them. Newman had not just the photographs to remind him of this. He kept lists of different people and causes to pray for, allotting them each to a day of the week. This is an inspiration to me. For what is a priest, but principally one who intercedes for others? I know a parish priest in Ireland who, when he is really tired and feels unable to do his daily meditation , opens the register containing all his parishioners’ names and addresses and prays for them, one after the other. And if we all share in Christ’s priesthood through baptism do we not all have a certain intercessory role? For years, since before I was ordained, I have prayed for the occupant when a flashing blue ambulance passes. For all I know, besides their guardian angel, I am the only one praying for them.

Of course, we may not often pray for others because we do not see the point: God already knows what we need and is best able to provide it. But the extraordinary mystery of our faith is that God allows us to be active participants in ‘building up his body,’ as St Paul has just said to us in his Letter to the Ephesians. As my neighbour may only come to know Christ if I witness to him so my neighbour may only be helped because I prayed for him. It’s not for me to question God but it is for me to question myself, whether I have equally helped others today with my prayers as I have helped them, for example, with my hands or advice. In our different way, we all share, cleric and lay, in this ministry.

In the Sistine Chapel, above its altar, Christ is depicted on the day of the general resurrection. Our Lady is shown just below Him, to His right. She is looking downwards. Why? She is watching an angel hoist up a soul to heaven with rosary beads. Through Mary’s intercession the soul has is being saved. This Feast reminds us what his life taught: we can rely upon the intercession of Newman. But though his prayers have the power of holiness and proximity to the throne of grace, we must also be reliable intercessors. We shall pray daily for others and win them for Heaven. It’s what love demands and may be our own salvation.

Bl. John Henry Newman…pray for us."