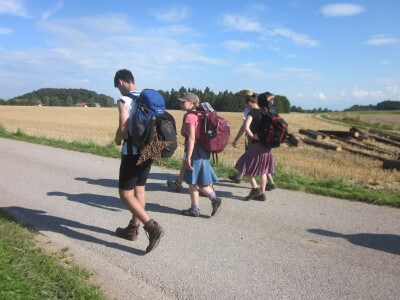 St Rupert brought the faith to the parts of Bavaria and Austria now known as the "Rupertiwinkel" around the year 700 A.D., and founded the Archdiocese of Salzburg. Some young parishioners have been walking with Fr Daniel along the pilgrim way of St Rupert, from Altötting to Salzburg.

We began at Altötting - a beautiful shrine of Our Lady. Here is the group admiring the ex voto plaques around the Gnadenkapelle: 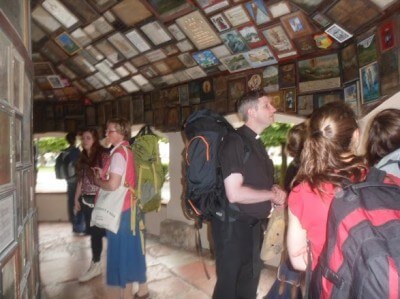 An immensely popular local saint is Conrad of Parzham, over whose tomb we were able to celebrate Mass: 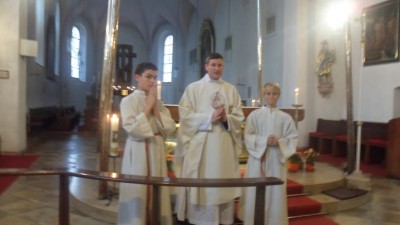 We were also privileged to have Mass in the Gnadenkapelle itself, where the much-venerated statue of Our Lady is surrounded by urns containing the hearts of the Kings of Bavaria: 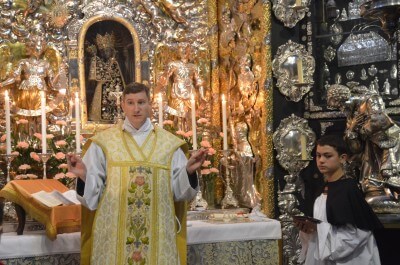 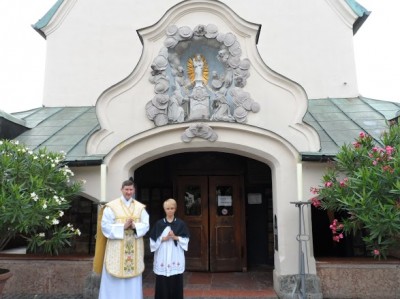 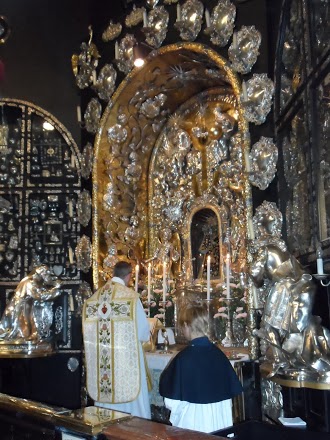 One of the Capuchin friars gave us a special blessing before we began our walk: 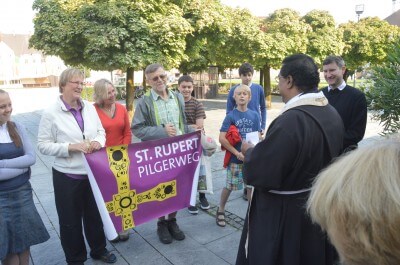 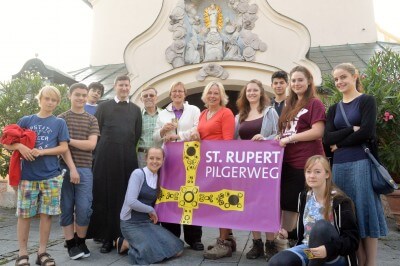 From Altötting we walked to Hirten, and then on to Tittmoning, where the young Joseph Ratzinger lived as a small boy on the main square. He described Tittmoning as "my childhood's land of dreams". 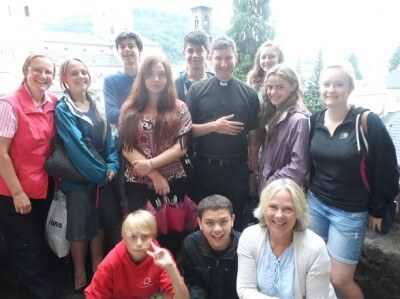 Then we walked on to Waging, and thence to Laufen, where we crossed over the bridge into Austria. At Waldprechting, we had Mass in the ancient chapel of St Nicholas: 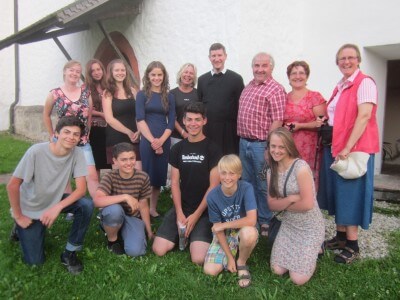 We walked from Seekirchen and then into Salzburg itself, where St Rupert is enshrined in the Benedictine Abbey Church of St Peter.

After Mass in the Lady Chapel at St Peter's: 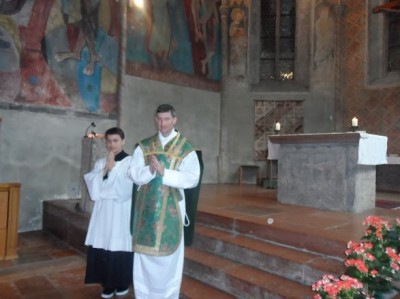 The local shrine of Our Lady in Salzburg is the magnificent church of Maria Plain, where Fr Daniel blessed our St Rupert's pilgrim badges: 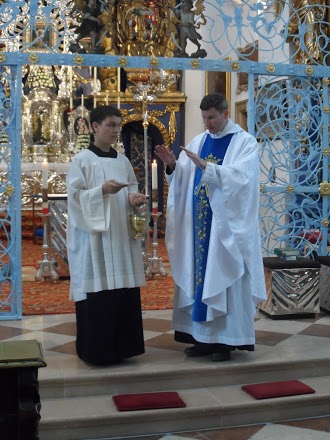 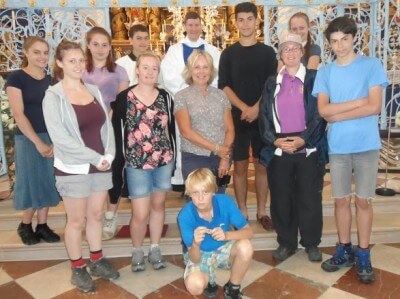 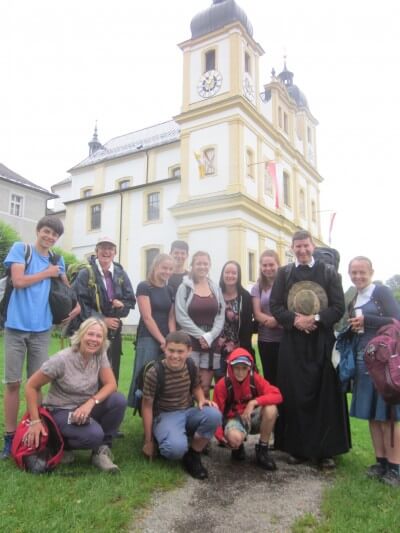 The route is extremely well sign-posted, and takes the walker through a great variety of different landscapes. 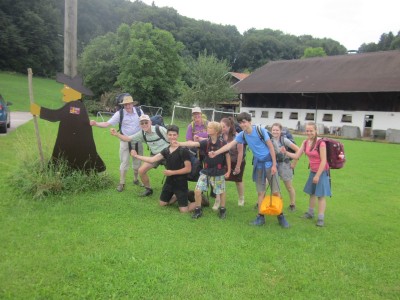 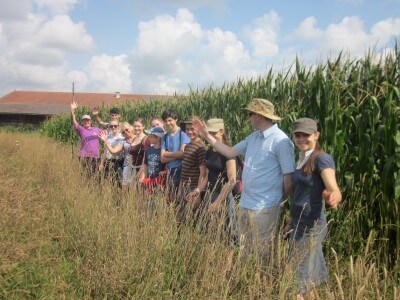 St Rupert - pray for us.