Solemn Profession of a Knight of Malta

On Saturday we were honoured by the visit of His Most Eminent Highness Fra' Matthew Festing, Prince and Grand Master of the Order of Malta, for the Solemn Profession of one of our parishioners, Fra' Julian Chadwick, as a Knight of Justice.

The Knights and Dames of Malta gather outside the church: 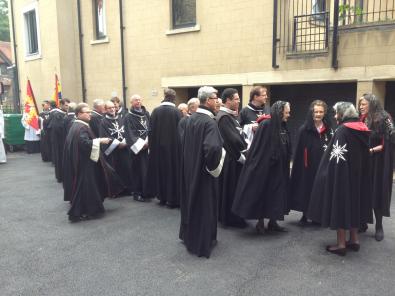 The Grand Master is received at the door: 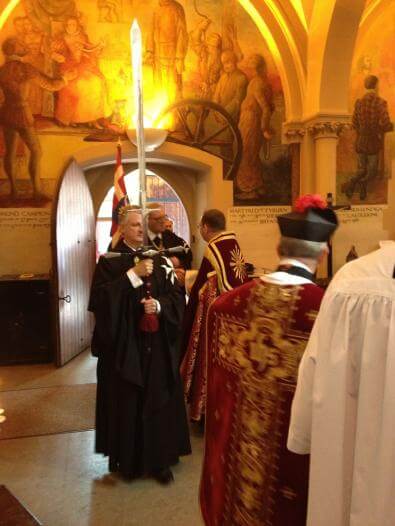 During the ceremony, Fra' Julian took the religious vows of poverty, chastity and obedience and was presented with a sword as a token of his willingness to defend the faith.

He was also struck on the left shoulder with the flat of a sword, as a reminder of the final humiliation of death:

Fra' Julian was clothed in the habit and "stole" of the Order of Malta, depicting the instruments of Our Lord's Passion:

The Order of Malta performs charitable work in more than 120 countries, helping many millions of people every year.