Walking to Mariazell for the Assumption

Fr Daniel went with a group of young pilgrims from our parish to the Marian shrine of Mariazell, walking along the "Via Sacra" through the beautiful scenery of Upper Austria and Styria. 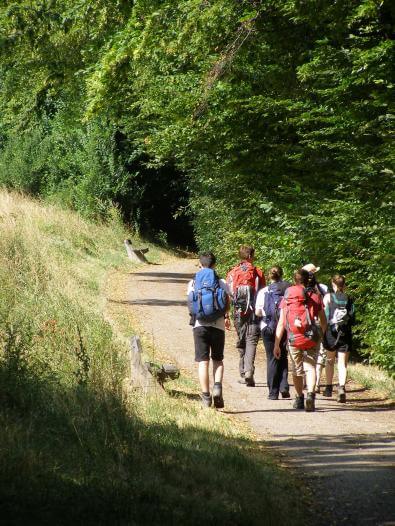 We began in Vienna, where we visited the Oratory at St Rochus and celebrated Mass at the altar of St Philip: 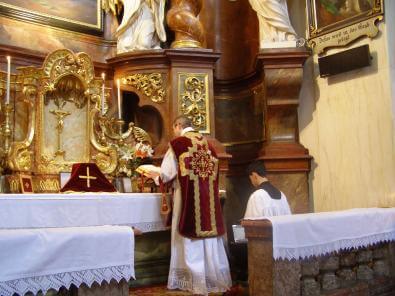 We were graciously made at home by Fr Felix Selden, Apostolic Delegate to the Confederation of the Oratory and Provost of the Vienna Oratory: 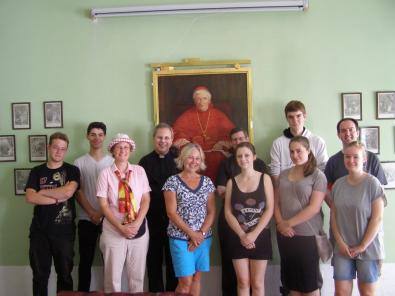 We walked for five days, and our first stop was at the magnificent Cistercian Abbey of Heiligenkreuz. Vespers was very impressive and we met Fr Karl Wallner, OCist, Rector of the Benedict XVI Seminary. 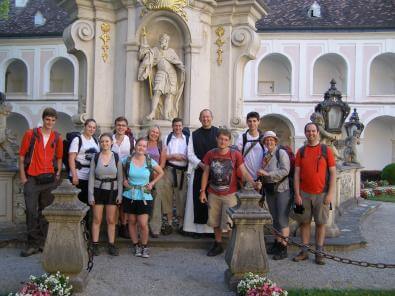 On the next day we went to the beautiful Conventual Mass in the Abbey, and afterwards met Fr Werner Christoph Brahtz of the Vienna Oratory: 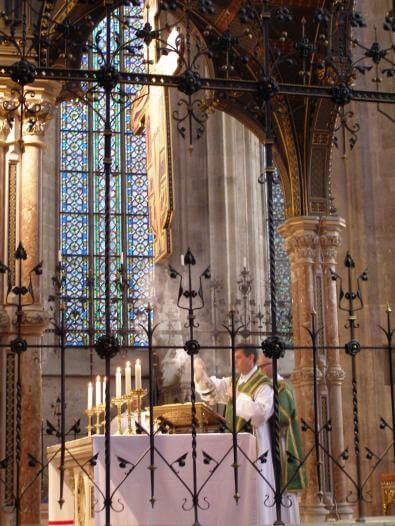 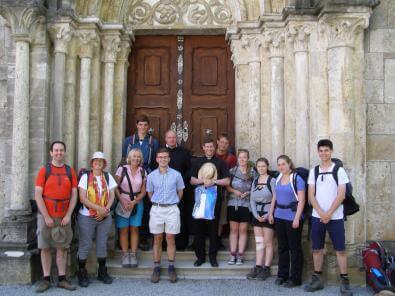 At Kaumberg we were warmly welcomed by the local people. The Kapellmeister (left in the photo) kindly played the organ for our Mass and the Burgomeister (right), who is also the local baker, presented us with this splendid loaf of bread, which says, "Oxford goes Via Sacra!": 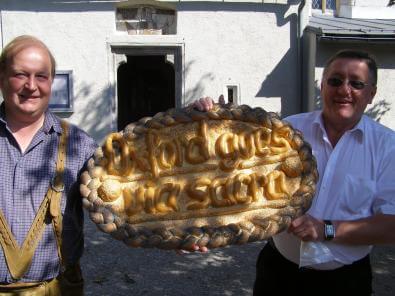 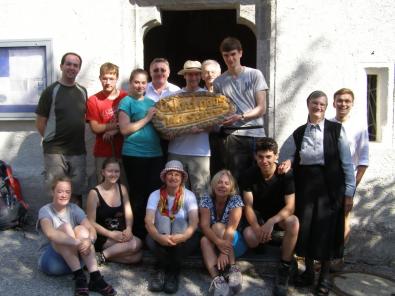 We also visited the Cistercian Abbey at Lilienfeld: 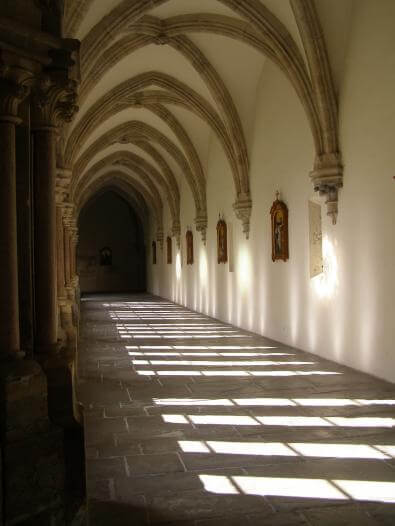 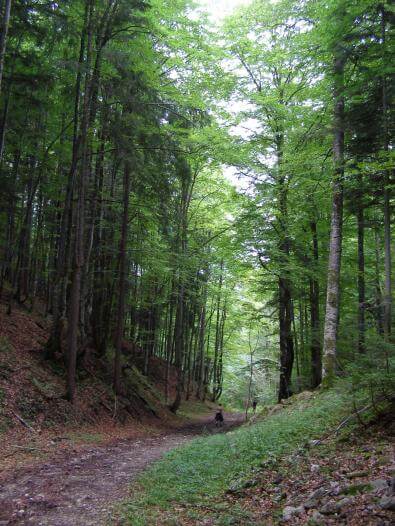 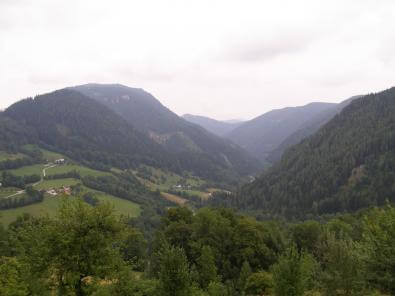 The last part of the journey passes along the hilltops from Annaberg, to Joachimsberg, to Josefsberg and then to Mitterbach: 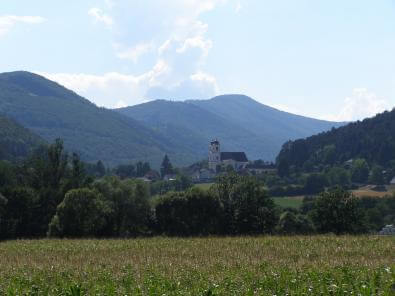 Finally we arrived in Mariazell itself: 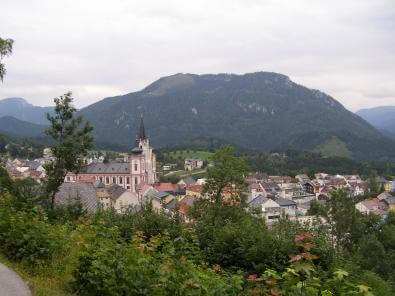 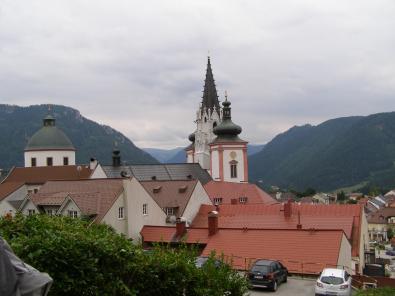 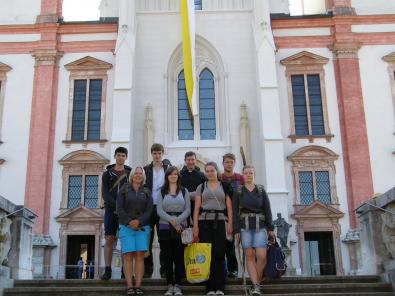 The shrine dates back to 1157, when a monk was sent from the Abbey of St Lambrecht to the area, with a statue of the Virgin. When a boulder blocked his path near his destination, the monk invoked the Mother of God and the boulder was split, making his way clear. Arriving at his destination, the monk placed the statue on a tree stump and began to build a "cell" as both a chapel and his lodgings. "Maria in the Cell" gave the place its name. The image of Our Lady became famous for its miraculous powers and was much venerated by the Imperial Family of Austro-Hungary. Today, Our Lady of Mariazell is still honoured as the "Magna Mater Austriae, Magna Domina Hungarorum, Alma Mater Gentium Slavorum" - "Great Mother of Austria, Great Lady of Hungary and Mother of the Slavic Peoples". 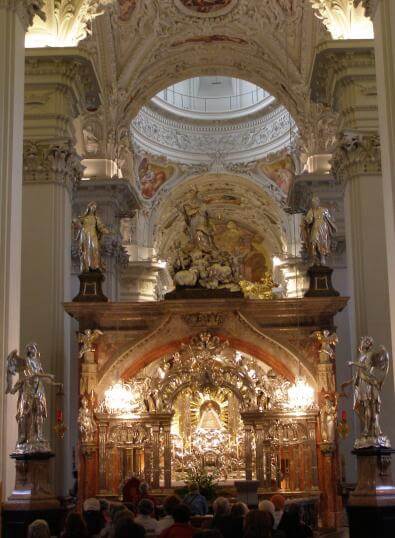 We took part in the light-procession around the town, led by His Eminence Cardinal Dominik Duka, O.P., Archbishop of Prague, who also celebrated the Solemn Mass for the Assumption the following day. 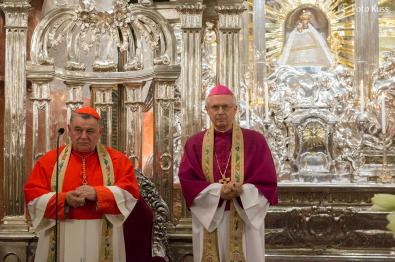