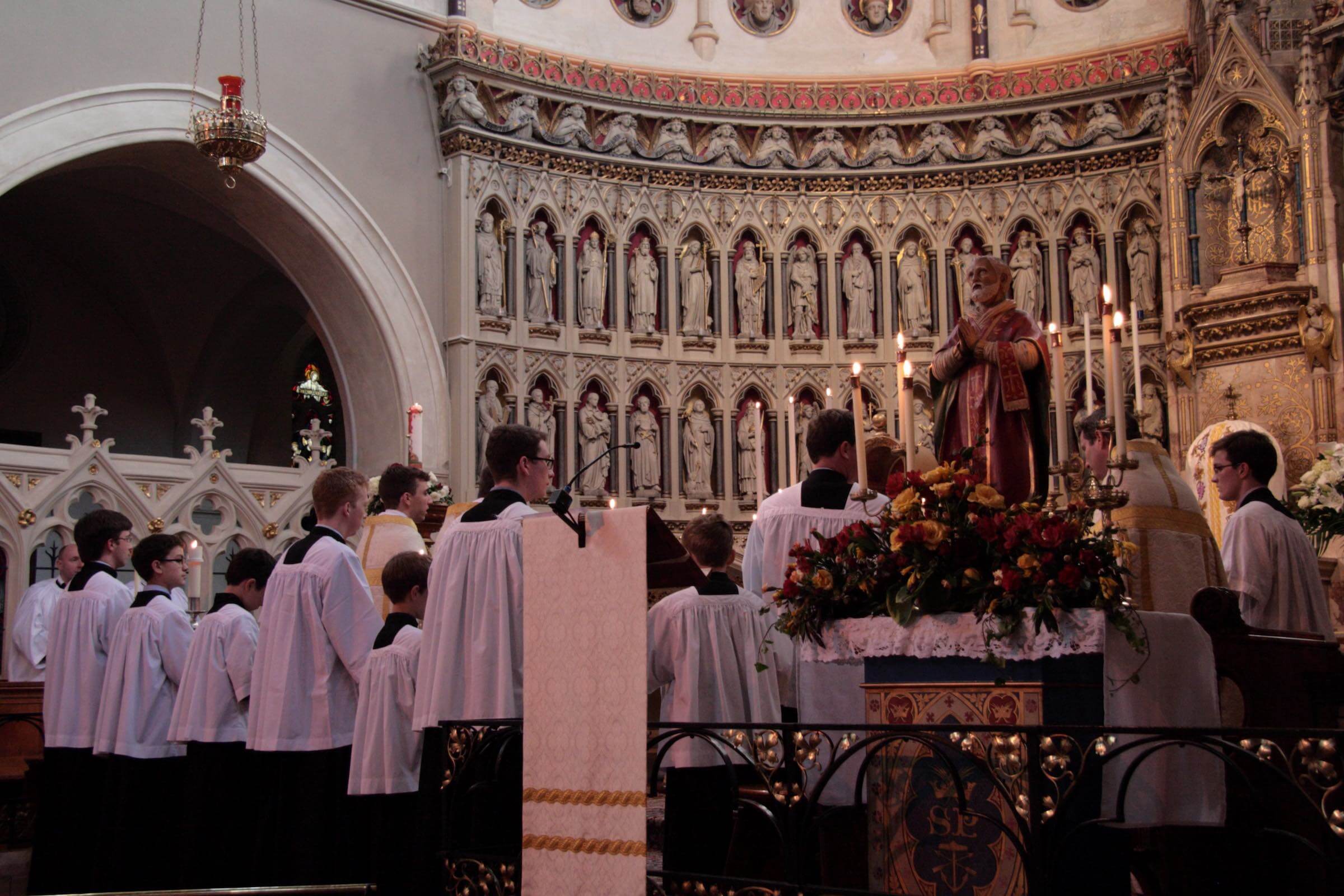 The family of St Philip from Rome to Oxford

The Oratory in Rome

To explain the Oratory, we have to explain a person first. His name is St Philip Neri.

There are many forms of religious life in the Church, each with their own spirituality and traditions. Many of the founders of these movements left detailed instructions for their followers on how to live their particular form of the Christian life. St Philip did no such thing — because, as he said himself, he never set out to found anything.

St Philip lived and worked in 16th century Rome. His first mission was teaching people to pray — a task he began while still a layman. And it is from this work that the Oratory was born. The people of Rome began to gather around this charismatic young Florentine who spoke so plainly about the love of God.

In time, Philip was persuaded that he could do even more good if he were a priest, and he became famous for his gift for guiding souls in the confessional. These, then, were the tools that Philip used to bring Rome back to the practice of the faith: prayer, preaching and the administration of the sacraments.

The number of Philip’s spiritual children grew to the point that he needed other priests to help him and a church that they could call their own. And so the Congregation of the Oratory was founded at the Church of Santa Maria in Vallicella, or the Chiesa Nuova, as it is still known to this day.

The Fathers and Brothers of the Oratory form a community, living, working and praying together every day. This is nothing extraordinary in the Church. But Philip’s new idea was that the members of the community should not be bound to it by vows. Many religious — monks, nuns, canons and friars — take vows of poverty, chastity and obedience, promising to live in their religious orders for the rest of their lives. Philip wanted no vows in his community. The Fathers are still bound by the same ordinary promises that diocesan priests make at their ordination. But if they remain in the Oratory, it is because they want to, out of charity towards their brethren. So while from the outside the Oratory looks a lot like a religious order, it technically isn’t one.

Unlike religious orders, then, the Oratory does not have a detailed rule to follow, other than the life of St Philip himself. This means that the Oratorian life has a flexibility that makes it suitable for different times and different places — a feature that St John Henry Newman was to discover 300 years later.

The Oratory in England

The first Oratory in England was founded in Birmingham by St John Henry Newman in 1848. Newman and his companions were already living a form of religious life in community while they were still members of the Church of England. When they were received into the Church and became Catholics, they looked for ways in which they could continue this form of life together. Newman investigated many of the Church’s religious orders, but it was in the Oratory that he felt most at home. He recognised many similarities between the life of a Father of the Oratory and a fellow of an Oxford college — a life he and his friends were already well acquainted with. He also saw that the Oratory provided a model that would allow the Fathers to serve the needs of 19th century England.

In the first place, the point of the Oratory is to help lay people to become saints in their own homes. Holiness is not something reserved to the cloister, and Newman could see that it would take more than hidden saints to bring England back to the faith. And so the Fathers of the Birmingham Oratory (and later the Oratory in London) set about this work of conversion using the same tools that St Philip himself had used: guiding people in the confessional, teaching them through sermons and encouraging them in prayer. The Oratory also allowed St John Henry enough time to continue teaching a wider audience through his many writings.

By the 19th century, the Oratory in Rome had developed a reputation for liturgical excellence. From the very beginning, St Philip had seen the importance of beauty in raising hearts and minds to God, and worked with some of the greatest artists and composers of his day. The results are visible in the church of the Roman Oratory, and the many pieces of music written for the Oratory that survive. The Oratory in England adopted this same attitude towards the liturgy, as is now demonstrated by the beautiful Oratory church in Birmingham and the church that soon followed in London. This reputation for beauty in the liturgy continued throughout the 20th century into the present day, and the Oratories of England have kept alive a liturgical tradition founded on the Roman customs that Newman himself inherited.

The Oratory in Oxford

Newman dreamt of an Oratory in Oxford, and attempted to found a house on two separate occasions in his lifetime, without success. Meanwhile, the Society of Jesus had maintained an active presence in the city (at times secretly) almost continuously since the reformation. In 1875, the church of St Aloysius Gonzaga was opened to provide a church for the growing number of Oxford Catholics.

The Jesuits left the church in 1981, and the Archdiocese of Birmingham looked after it for most of the next decade. But in 1990, the Archbishop of Birmingham, Maurice Couve de Murville, invited the Fathers of the Birmingham Oratory to consider an Oxford project once again. Three members of the Birmingham community moved to Oxford, and by 1993, the Oxford community had grown enough to be granted independence by the Holy See. Newman’s dream of the Oxford Oratory was finally fulfilled.

Thirty years later, and our task remains the same as that of St Philip in Rome and St John Henry in Birmingham: to sanctify the people of Oxford through prayer, preaching and the daily administration of the sacraments.