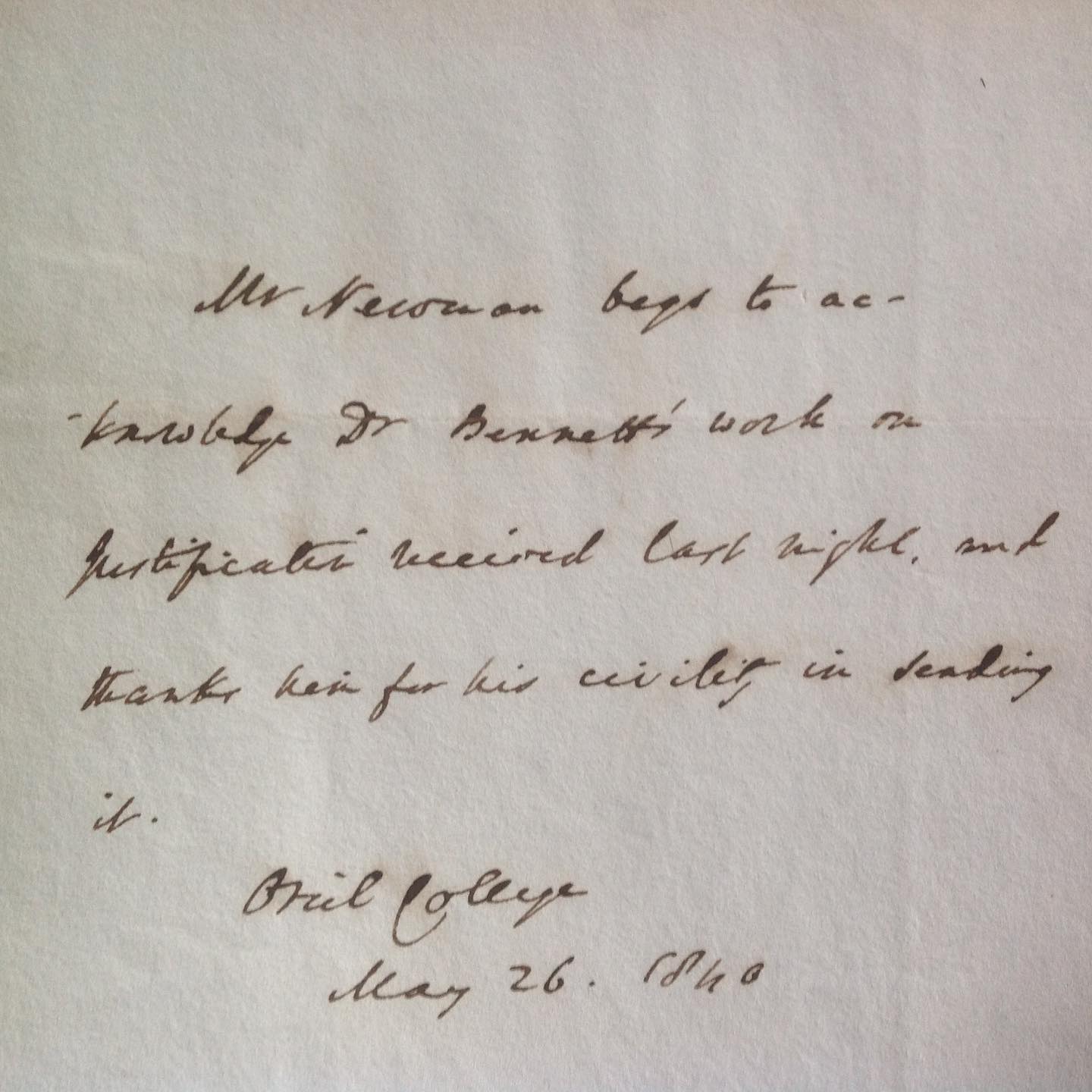 A new treasure for the Library. It is a note from 26 May 1840 in which Mr Newman acknowledges receipt of a copy of Dr Bennett’s book on Justification. Newman had given a series of lectures on this subject in 1837 and published them as ‘Lectures on Justification’ at the end of March 1838.

The author of the volume was Dr Samuel Bennett, a graduate of Queen’s College, Cambridge (1797). He was ordained an Anglican clergyman in 1800 and served as Vicar of Great Wakering in Essex for about 16 years before moving to take up the living of Walton on the Hill, Surrey, in 1822, serving for some time as chaplain to the Duke of Kent. He died in 1847 at Constantinople, where he had held the post of chaplain to the British Embassy for many years.