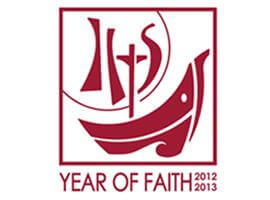 At the end of October the Women's Oratory went with Fr Anton on Pilgrimage to Rome to mark the beginning of the Year of Faith. 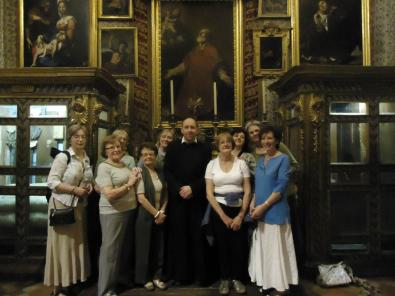 We went to the Chiesa Nuova and had Mass at the altar which contains the body of St Philip Neri. Afterwards we had a tour of his rooms. This picture shows us standing in front of the famous painting of St Philip by Guido Reni. In the right of the photograph you can see the confessional used by St Philip. 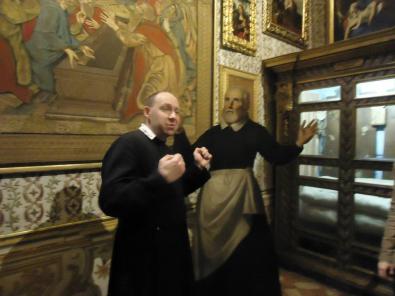 Clearly Fr Anton got rather excited talking to the Women about St Philip! 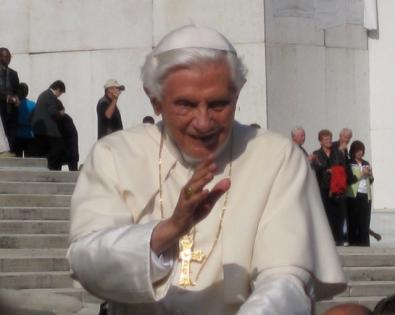 On Wednesday we went to the General Audience in St Peter's Square to pay homage to the Holy Father and to receive his blessing. This photograph shows how close we got to him at the end of the Audience as he passed by. 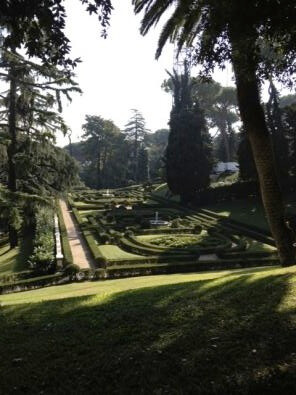 We enjoyed a beautiful private tour of the Vatican Gardens on the Thursday morning which lasted two hours. It was very warm and sunny. 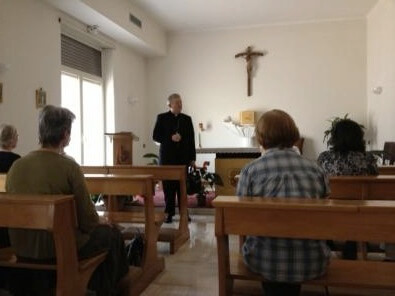 Our Archbishop was in Rome for the Synod. He very kindly visited us in the Convent Chapel where we were staying. He spoke to us about the Year of Faith. He brought with him a first class relic of Bd Dominic Barberi, our Archdiocese's Patron for the Year of Faith, which he placed on the altar. He led us in prayer and then we had an opportunity individually to venerate the relic. 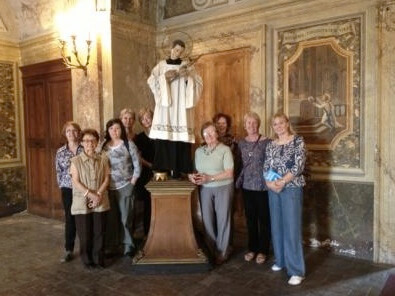 Finally, we visited the patron of our Parish, St Aloysius Gonzaga. We had Mass at the altar which contains his body in the Church of Sant'Ignazio. Afterwards we had a private tour of his rooms. This picture is taken in what was the Recreation Room for Jesuit Scholastics in the sixteenth century. It was much plainer at that time. The statue of St Aloysius shows him treading on a crown, showing how he rejected the riches of this world for the riches of God's grace and the Kingdom of Heaven.