Fr Robert and Fr Daniel went on Wednesday to the Chrism Mass at St Chad's Cathedral in Birmingham. This was the tenth and last such Mass over which Archbishop Vincent has presided in our diocese. He spoke very movingly of the history of the Archdiocese of Birmingham and its place in the revival of the Catholic Church in England in the last century. 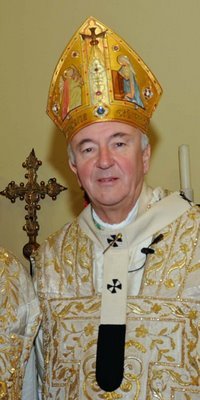